Cards for Heroes is a wonderful organization that sends cards to our troops who are stationed all over the world. In honor of “Memorial Day” they are holding a blog hop. I hope you can take the time to visit http://cardsforheroes.org/bloghop and visit the hop and consider donating cards to their wonderful cause…and make sure to visit the next blog on “CFH Blog Hop” the link is at the end of this post… 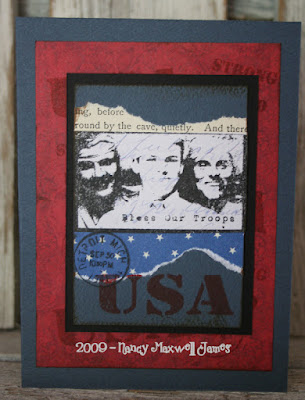 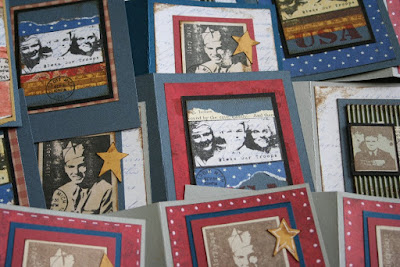 This is my card that I will be donating and in addition another 25 military cards.
I used stamps from Sugar Lump Studios
Military Honor set. The stamp features my Dad during WWII (as seen in the photo below)…you can win this plate through CFH RAK this weekend…check out their blog for details! 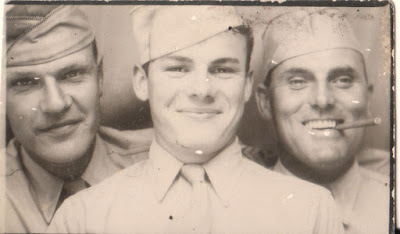 I am the daughter of a World War II veteran and the mother of an Army Sergeant (a.k.a. Sgt. Sugar Lump to my blogging friends)who had a tour to Iraq from October 2007 – December 2008. Cards for Heroes and many other wonderful people supported him with cards, and packages during his deployment. They also supported Mama with encouragement, prayers, and a constant shoulder for me to cry when I was in need. Although, I grew up supporting our service men and women, I never knew the sacrifice they make until my own child went into the Army. I often reflect on my own Grandmother who had three son’s all stationed throughout the world during WWII and the courage and strength that carried her through that time. 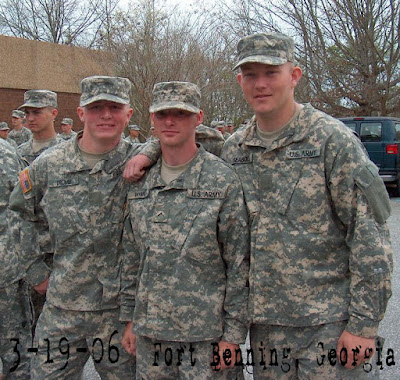 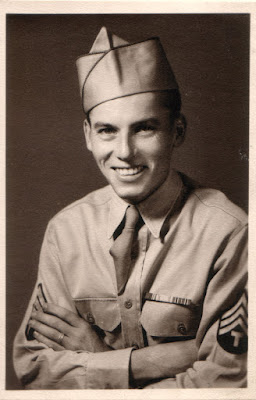 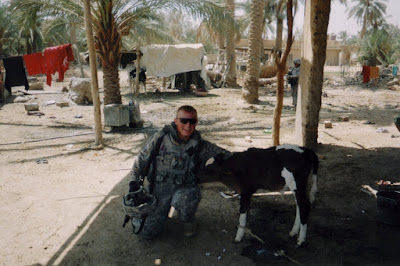 I am grateful that my son had Internet access during his deployment and Myspace was a lifesaver. I could check on his status some days to make sure after reading a headline that he *might* be alright. Not so for my Grandmother who would wait months to hear from one of her sons. 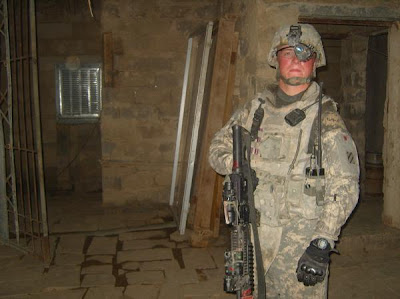 I often feel that my Dad who passed in September 2006, was my son’s “Guardian Angel” while in Iraq. A few months before he came home his vehicle hit an IED and God also made sure that my son would be protected. Andrew says the most difficult adjustment in coming back to the states (he is stationed at Fort Stewart, Georgia) was getting used to not having to “drive down the middle of the road” because in Iraq they had to do so with their vehicles to try and avoid IED’s. 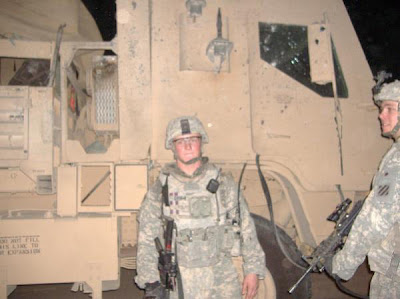 The next blog to follow on the CFH Blog Hop is http://deckledana.blogspot.com/. Dana has beautiful cards on her blog and cats too! :) Please make sure to visit her and if you somehow came in the blog hop in the middle (we have over 100 participants) you can go back to CFH and start at the beginnning.

Let us all remember those who have protected and served our country! Godspeed to all our troops and Happy Memorial Day! :) Bless you!