I have had a wonderful Christmas this year. It has been several years since I have felt so happy and peaceful inside. The past two years were difficult on my family.
Christmas 2006 – we had just buried my Dad a few months back….

Christmas 2008…my Mom spent Christmas Eve with us and slept over, we had a houseful for dinner and gifts, and awaited Andrew’s arrival. It was as special as waiting for Santa Claus to come!

He arrived Christmas morning, I heard his old car pull in the driveway, squealed and ran to the door. I opened it, as he brought packages out and once I got my arms around him wept like a child. I felt so badly, I did not want to do this but my soul needed to let it go. And I did…let go…13 months of fear.

He kept asking if I was ok, all the while I kept crying and apologizing. I told him he had no idea how happy I was that he was out of Iraq and home on U.S. soil…once I “got myself together” we snapped this photo…sorry for the pj’s and sad look…. 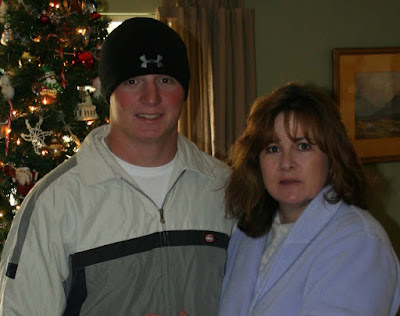 We had breakfast and opened gifts, then headed to my sister’s were we joined my siblings and their families, and Ian and Allison were also there… 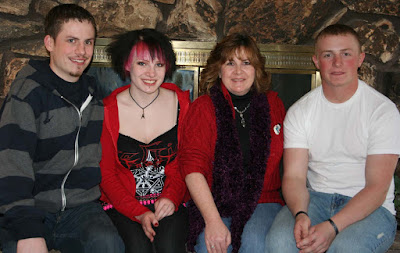 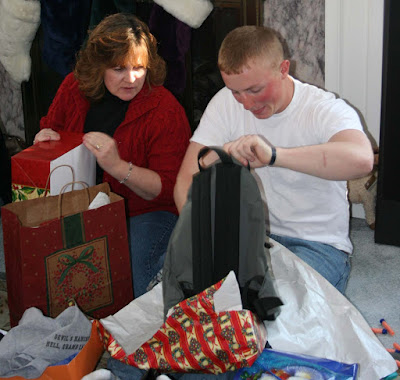 I was grateful to Ian’s girlfriend Krystal who was able to get the boy’s to have their pictures taken over and over again. The boy’s have issues with their Mom who loves to take pictures and scrapbook, but I think they are getting close to realizing how they will treasure them one day. 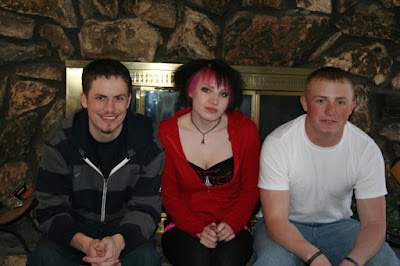 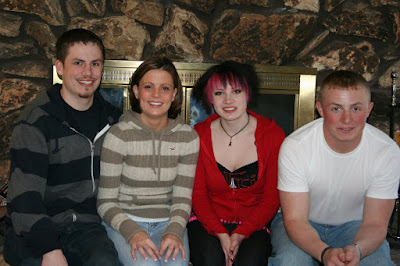 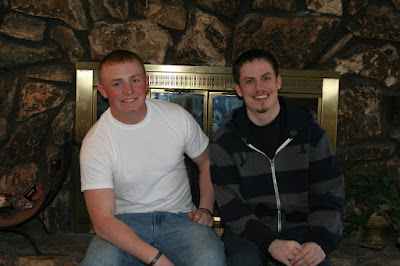 It was wonderful to watch Andrew interact with his cousins, siblings, aunt’s and uncles and tease his precious Grandma. My greatest gift of all was having my son home, even if it is for a little while he is in Michigan and no longer fighting a war so far away.